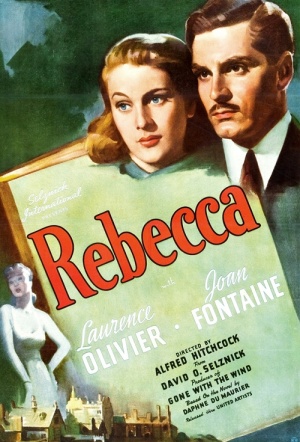 Alfred Hitchock’s 1940 dramatic noir, his first American film and winner of the Best Film and Cinematography Oscars (from 11 nominations). Follows a naive young woman (Joan Fontaine) who marries rich widower Maxim (Laurence Olivier) and settles into his gigantic mansion. But the memory of Maxim’s dead first wife maintains a haunting grip on him and his servants.