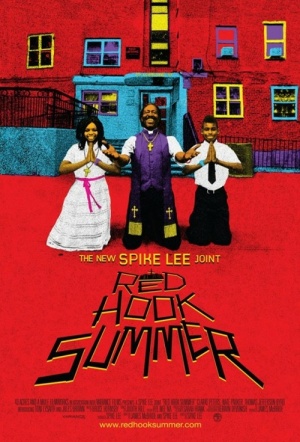 Spike Lee’s new chronicle of Brooklyn (alongside Do the Right Thing and He Got Game) about the change in a middle-class boy's world view after he spends a summer with his deeply religious grandfather in the housing projects of Red Hook.

Flik Royale (newcomer Jules Brown), a sullen boy from middle-class Atlanta, has come Brooklyn to spend the summer with his granddad, Bishop Enoch Rouse (Clarke Peters, The Wire). Things quickly get off on the wrong foot as Enoch relentlessly attempts to convert Flik into a follower of Jesus Christ. Between his grandfather’s preaching and the culture shock of inner-city life, Flik’s summer appears to be a total disaster until he meets Chazz (newcomer Toni Lysaith), a girl his age who shows Flik the brighter side of Brooklyn.