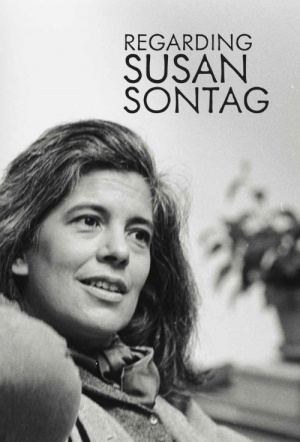 A documentary about the life of the late Susan Sontag – American literary icon and political activist – who put herself in the most dangerous of environments including the front lines of war to "be in contact with as much reality" as she could. Winner of the Special Jury Prize at the Tribeca Film Festival.

"An intimate study of one of the most influential and provocative thinkers of the 20th century. Endlessly curious and gracefully outspoken throughout her career, Susan Sontag became one of the most important literary, political, and feminist icons of her generation... Tracks Sontag’s seminal, life-changing moments through archival materials, accounts from friends, family, colleagues, and lovers, as well as her own words, as read by Patricia Clarkson. From her early infatuation with books to her first experience in a gay bar; from her first marriage to her last lover." (Tribeca Film Festival)