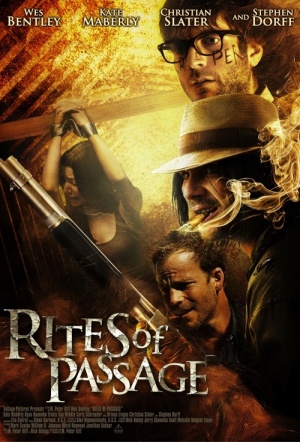 Wacked-out comedy thriller following anthropology student Ryan who takes his Ritalin-fuelled classmates to his family ranch to recreate an ancient ceremony on what was once a sacred burial ground.

But two weirdos are living there - his brother, who just wants to drink hallucinogenic Jimsonweed, abduct a nice girl, and stage a wedding-suicide; and a meth cookers on a maniacal mission to find and kill the co-ed who caused the death of his wife and son. The destructive pair do not react kindly to uninvited guests.