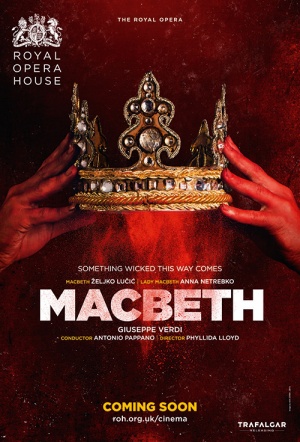 Antonio Pappano conducts Verdi’s opera based on Shakespeare’s tragedy, filmed live and screened in cinemas worldwide as part of the ROH's 2018 season of productions.

"The warrior Macbeth fights on the side of the King of Scotland – but when a coven of witches prophesy that he shall become king himself, a ruthless ambition drives Macbeth and his wife to horrific acts." (Royal Opera House)