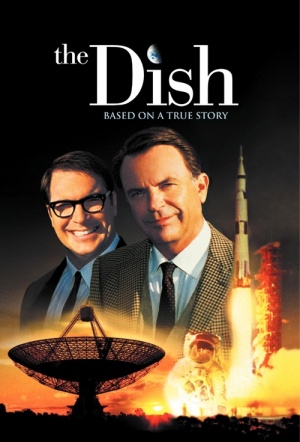 True Australian comedy-drama about how the Parkes Observatory, NSW, was used to relay the live broadcast of man's first steps on the moon during the Apollo 11 mission 1969. Stars Sam Neill and Patrick Warburton, from Rob Sitch, director of The Castle. Australia's top grossing film of 2000.

Although it's a feel- good movie, it doesn't make you uncomfortable for being awed and getting misty-eyed.

Larkish, good-humoured and impossible to dislike, this is the kind of movie where you should treat with suspicion anyone who leaves the theatre unmoved.