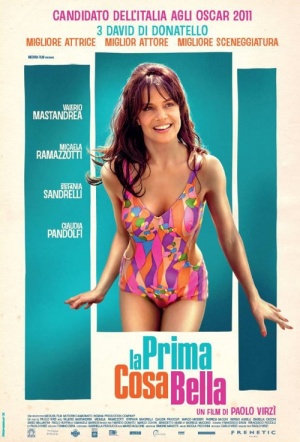 Italian comedy drama, winner of three 2010 David Di Donatello awards and Italy's nomination to the 2010 Academy Awards, about a misanthropic son return to his hometown to see his mother.

"In a provincial Italian town in 1971, Anna (Micaela Ramazzotti), a beautiful mother of two children, struggles to provide for her small family after the collapse of her marriage. Despite the difficult times, Anna teaches her kids to embrace the small joys of life and never loses her passion and optimistic nature, even after her son ostracises her. Year later, when she is diagnosed with a terminal disease, both children return to her bedside where following a series of startling revelations, they come to understand their unpredictable mother and their unconventional upbringing." (Official Synopsis)