A Wave of Emotions

This film, The Impossible, brought my family and I close to tears. The acting from the leads, including the children, were great, adding to the believability of the film. The Impossible is very intense in parts, especially the wave scene, however I felt as though it was never of bad taste.
This is a film that is based on a true story of survival in the Thailand Tsunami and if the film wasn't as real/raw as it is, I feel, they would be treating the 'true story' selling point of the film as a bit of a joke.
The tsunami effected thousands, if not millions of people's lives and this film will effect everyone who watches it. This film will bring you to tears, it was near impossible not to cry.
If you get the chance to visit the cinema in the near future go see this film, it will affect you, believe me.
Four Stars
0 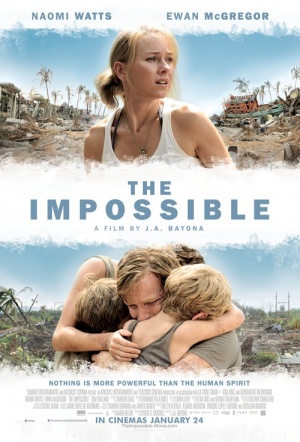