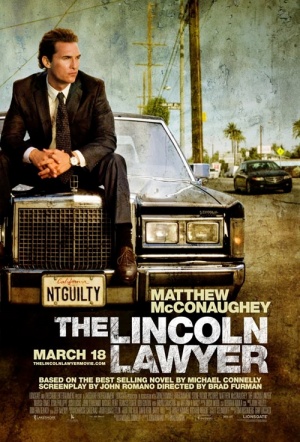 Based on the novel by Michael Connelly about a dodgy LA lawyer who operates out of his Lincoln sedan. Cracking cast includes Matthew McConaughey, Marisa Tomei, Ryan Phillippe, Michael Peña, William H Macy and John Leguizamo.

Mickey (McConaughey) has spent most of his career defending garden-variety criminals out the Lincoln, until he lands the case of his career: defending Louis Roulet (Phillippe), a Beverly Hills playboy accused of rape and attempted murder. The seemingly straightforward case develops into a deadly game of survival...