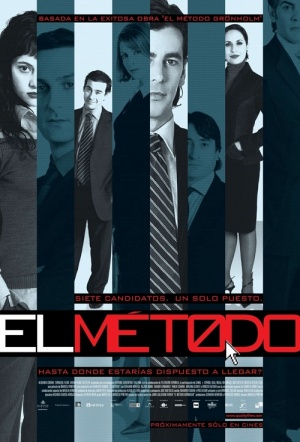 Spanish/Argentine boardroom comedy-drama, set against a backdrop of anti-globalisation protests, in which the final candidates for a high-level position at a multinational company face off against one another according to the strange rules of the Grönholm method.

Smartly and seamlessly blending a cast of talented Argentine and Spanish thesps, Pineyro seems to be testing how much cinema he can derive from a restricted space.

A funny film that touches on a corporation's responsibility to society, the price of ambition and the persistence of workplace sexism.