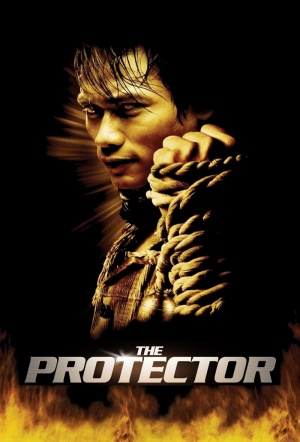 Thai martial arts wizard Tony Jaa stars in 'Tom yum goong' (titled 'The Protector' in the States, and 'Warrior King' in the UK). He plays a Thai country lad Kham who is forced to leave home for Australia to track down gangsters who kidnapped his family's elephants, just as they were to presented as gifts to the King. “As daft as that sounds, the journey is undertaken with so much vitality and flair that you can't help but cheer him on, all the time remembering that each of those eye-popping stunts were done for real.” (BBC)

After the elephant-napping, Kham arrives in Sydney with only a picture of a restaurant called Tom yum goong. All paths gradually lead to transsexual Madame Rose, played by former Shanghai Ballet star (and real-life transsexual) Jin Xing. Critics have reported picking jaws off floors after two notable set pieces: one is a single four minute shot in which Kham disposes of 30 heavies. The other is the final showdown in which Kham takes on 50 of Madame Rose's black-suited bodyguards.

The final showdown, in which Kham individually takes on 50 of Madame Rose's black-suited bodyguards, is a show-stopper...

A furiously choreographed martial-arts spectacle wrapped in a fumbling narrative...

The move to Australia is a mistake and the plotting’s a mess, but Jaa proves fully deserving of the title’s honour...