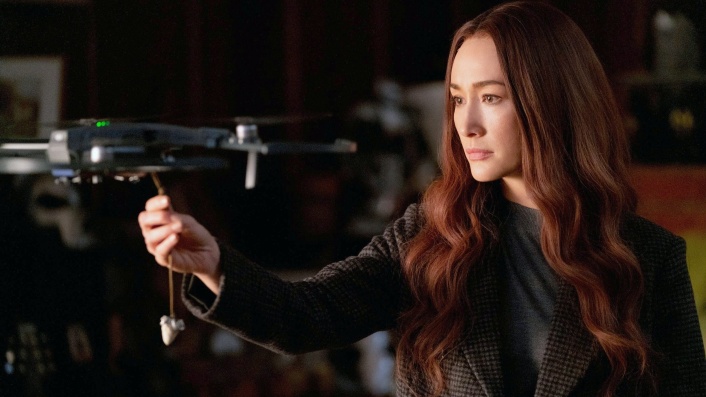 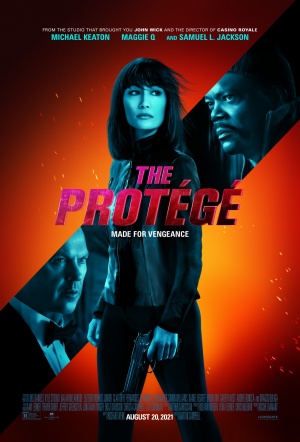 Maggie Q (Nikita) is a highly skilled assassin out for the head of the person who killed her mentor in this action flick directed by Martin Campbell (Casino Royale). Co-stars Michael Keaton and Samuel L Jackson.

Rescued as a child by the legendary assassin Moody (Jackson) and trained in the family business, Anna (Q) is the world’s most skilled contract killer. But when Moody – the man who was like a father to her and taught her everything she needs to know about trust and survival – is brutally killed, Anna vows revenge. As she becomes entangled with an enigmatic killer (Keaton) whose attraction to her goes way beyond cat and mouse, their confrontation turns deadly and the loose ends of a life spent killing will weave themselves even tighter.

Maggie Q and Michael Keaton have such snappy, sexy chemistry with each other in The Protégé, it’ll make you wish their connection were in the service of a better movie.

It’s clear that (Maggie Q) has the capacity to become the first great female action star.

It's a silly throwback of an action thriller outfitted in high-quality costume changes...

The Protégé is just a good, fun action-thriller with great repeat value.

(The Protégé) tries so hard to make you think it’s smart that its dumbness is impossible to forgive.

The Protégé never even begins to cohere as a story... and its ostensible villain is almost a complete non-entity, but watching Q... makes it obvious that she knows more about selling action on screen than most Hollywood actors could ever hope to learn.

The film’s bright spot is Q, who has really become a capable, confident, sexy action star. I can’t wait to see her in another action movie that is not this one.

Campbell specialises in creating an atmosphere where audiences are surprised by the plot twists rather than the characters’ abilities, while Q can handle both the physical demands and the stone-cold dramatics the part requires.