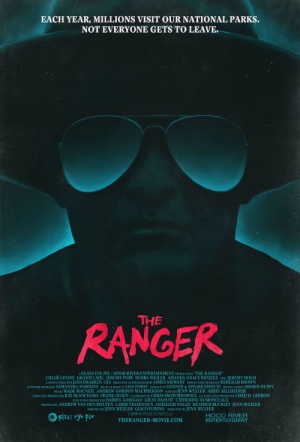 In this 80s slasher homage, punk rockers on the run find themselves pitted against a park ranger with a strict list of behaviours he expects them to abide by - and a penchant for violence when his standards aren't met.

"What happens when a bunch of young punk rockers take the latest party drug and wind up knifing a cop? They go on the lam to a cabin in the woods, of course. So begins Jenn Wexler’s juicy entry in the punk horror stakes. Chloë Levine gives a dynamite lead performance as Chelsea, a clever cookie (and anything but your average ‘Final Girl’) who leads her snotty pals to a supposedly safe haven. But this leafy locale holds dark memories for Chelsea and is home to a demented public official who really doesn’t like littering or young non-conformists. Loaded with humour and grisly goings-on, The Ranger rocks to a superb soundtrack including legendary L.A. outfit Avengers. Keep a lookout for Larry Fessenden!" (Sydney Film Festival)

Diehard gorehounds may be disappointed by its relatively infrequent reliance on graphic and grisly mayhem (relative to this particular subgenre’s standards, that is), but Wexler’s discretion in this area turns out to be one of her film’s few distinguishing characteristics.