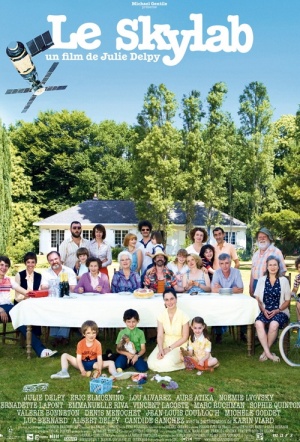 French comedy from writer/director/actress Julie Delpy (2 Days in Paris) following a large family's boozy gathering in the summer of 1979, as seen through the eyes of precocious 11-year-old Albertine.

"Albertine and her entire family have gathered at the family home in Brittany for the grandmother’s birthday. All are convinced that NASA’s Skylab space station will fall on their heads that summer. The get-together spirals into a crazy weekend packed with revelations, love and song." (San Sebastián Film Festival 2011)

"The cast represents the very best of old and young French talent, and the joie de vivre of the gathering is infectious. It’s a funny, tender and occasionally outrageous look back to the end of the 70s, to childhood, to summer holidays." (French Film Festival 2012)