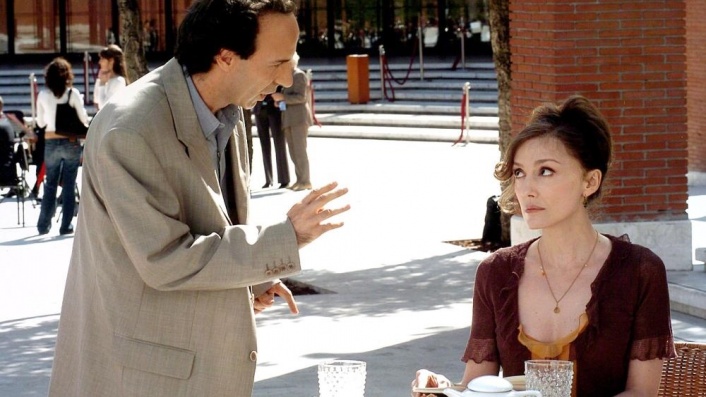 The Tiger and The Snow (La Tigre e la neve) 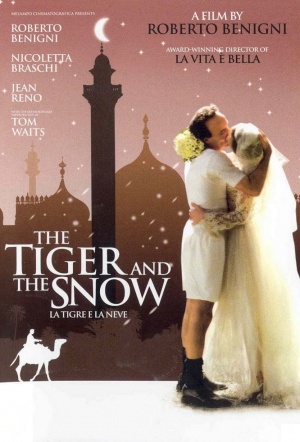 Benigni returns to the flavour of 1998 world-wide hit 'Life Is Beautiful' – that Chaplin-esque melding of a tragic setting & comic tone – after the critical mauling of his big budget 'Pinocchio' remake.

He plays a renowned poet called Attilio, who teaches with great passion in Rome. Through friend Fuad, an Iraqi poet played by French star Jean Reno, Attilio meets Vittoria (Braschi) and falls in love at first sight. Vittoria is writing a book on Fuad. Despite brushing him off, lovesick Attilio tries and tries again.

Some time later Fuad calls him with bad news – Vittoria, in Iraq to interview Fuad, has been injured in bombings during the US invasion. Unable to simply catch a flight during the war, Attilio palms himself off as a surgeon and joins the Italian Red Cross. Soon he’s on his way to Baghdad on a hijacked camel – in search of Vittoria, to be by her side.
2005ItalyArabic / English / Italian with English subtitles
ComedyDramaWar

Like an Iraq-war mirror image of "Life Is Beautiful," actor-director Roberto Benigni's "The Tiger and the Snow" re-runs the successful structure and comic persona of the 1998 Oscar-winning film in a trippy fantasia about a poet who follows his love to hell and, in this happier ending...

It seems that Roberto Benigni's dreadfully misconceived movie version of Pinocchio (with the balding Benigni as the shorts-wearing Pinocchio) was not a one off: he can misfire more than once...

Devoid as it is of political bite, this is a far less ambitious film than Life. In essence it's a showcase for Benigni's winsome comic charms and he delivers.

It's soaked in a sense of magic and wonderment - not least when Waits sings You Can Never Hold Back Spring - and if it doesn't amount to a lot, that never seems to matter.