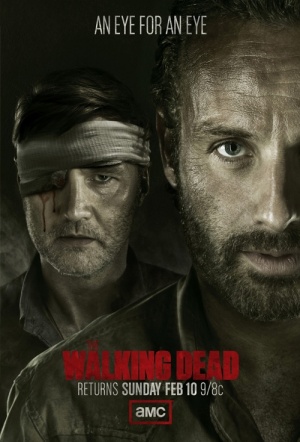 The hit zombie drama's 16 episode third season. Taking place months after the events on Hershel’s farm in season two, the tightknit group of survivors have grown more accustomed to life amongst the dead – occupying an abandoned prison for shelter. Separated from the pack is Andrea, who managed to survive the harsh winter thanks to the elusive sword-toting Michonne. But when the pair discover a seemingly stable society by the name of Woodsbury, their meeting with its leader – known only as The Governor – lights the fuse to a series of chaotic events as both communities collide.