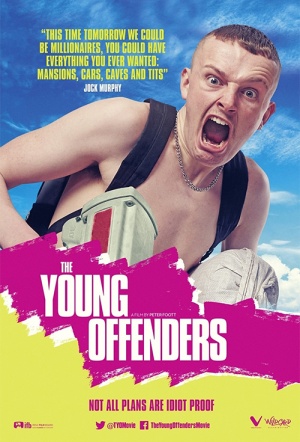 Two teenagers pursued by police on stolen bikes cycle 160km to find a missing bale of cocaine worth seven million euros in this Irish road comedy.

Inspired by the true story of Ireland's biggest cocaine seizure in 2007, the film follows best friends Conor (Alex Murphy) and Jock (Chris Walley) - two inner-city teenagers from Cork who dress the same, act the same, and even have the same bum-fluff mustaches.

Jock is a legendary bike thief who plays a daily game of cat-and-mouse with the bike-theft-obsessed Garda Sergeant Healy. When a drug-trafficking boat capsizes off the coast of West Cork and 61 bales of cocaine, each worth seven million euros, are seized, word gets out that there is a bale missing. The boys steal two bikes and go on a road trip hoping to find the missing bale, but Sergeant Healy is in hot pursuit.

For the most part, it is delivered pretty broad and story-wise you can feel it stretching to fill a cinema running time.

For the most part, it is delivered pretty broad and story-wise you can feel it stretching to fill a cinema running time.