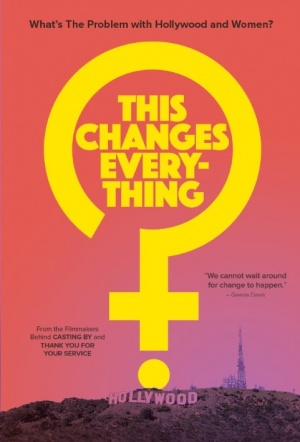 "The gender gap has become an urgent topic in recent years. But even the most jaded viewers will be taken aback by the film's compelling evidence and anecdotes. Davis (Thelma and Louise) has led groundbreaking research into Hollywood's portrayal of women. Those damning facts become vivid through an array of iconic film clips.

"Filmmaker Tom Donahue has a long investment in chronicling Hollywood's gender bias. His documentary Casting By championed casting directors, an undervalued field dominated by women. His commitment signifies that righting the gender gap isn't a job that falls only to women. 'Progress will happen when men take a stand,' Streep says in the film." (Toronto International Film Festival)

Director:
Tom Donahue ('Casting By', 'Thank You for Your Service')