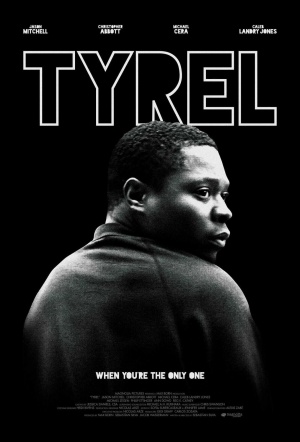 “To avoid spending time with his girlfriend’s family, Tyler (Mitchell) decides to join a boys’ weekend with his friend Johnny (Christopher Abbott, Girls). When they arrive at the remote cabin, Tyler realises that he will be the only black man there, and that it is going to be a wild weekend. As an indication of the racial stereotyping he is to encounter, Tyler is initially called Tyrel, and as more guests arrive, the levels of awkwardness increase.” (Sydney Film Festival)

There’s no doubting the expert way that Silva and his collaborators shape this entertaining if often squirm-inducing minor work...

An unsettling literalization of black discomfort in a nation ruled by whites.