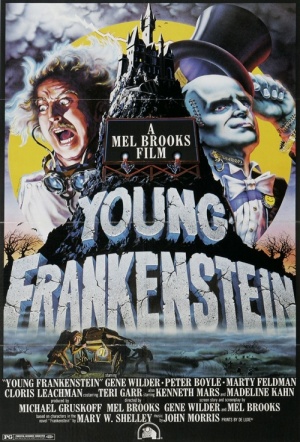 After his granddad’s passing, he inherits the castle and continues his controversial experiments in the hopes of earning his place in the Frankenstein legacy. The script, written by Brooks and Wilder, was nominated for Best Adapted Screenplay at the 1975 Academy Awards.

Emerges as a reverently satirical salute to the 1930s horror film genre.

It shows artistic growth and a more sure-handed control of the material by a director who once seemed willing to do literally anything for a laugh. It's more confident and less breathless.