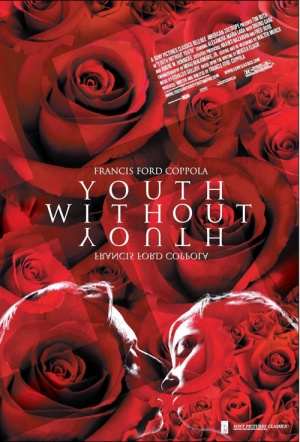 The director of The Godfather and Apocalypse Now breaks a decade’s silence with this monumentally strange drama of regenerating youth and transmigrating souls, touted by the maestro himself as a project for which he once again became a ‘student of cinema.’ Incorporating, amongst other altered states, Nazi Europe and seventh century India, it hinges on the resourcefulness of actor Tim Roth as an elderly linguistics scholar who grows younger in body and more capacious in spirit after being felled by a bolt of lightning. Coppola’s enthusiasm for eastern mysticism may indeed be student-like, but his palpable pleasure in conjuring up whole worlds on screen is definitely the fruit of experience.