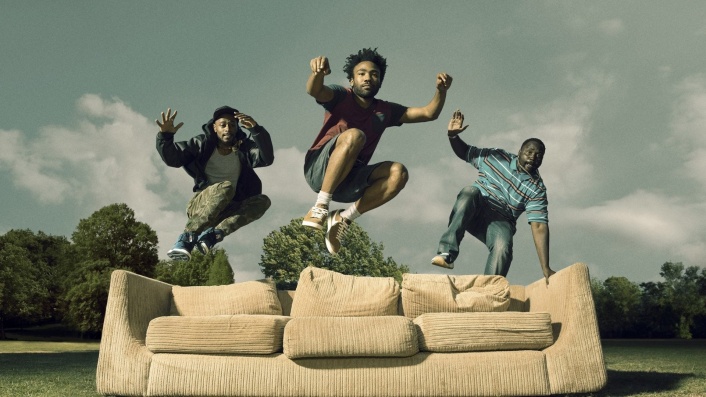 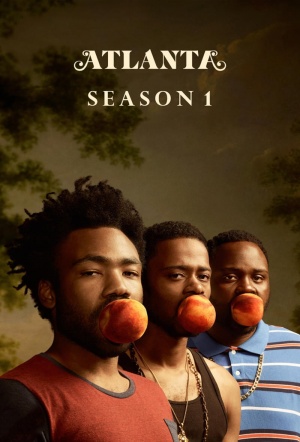 Golden Globe-winning comedy created by and starring Donald Glover as a semi-single father of one trying to get by as a manager for his rap artist cousin (Brian Tyree Henry, Widows) who's blowing up in the music scene. Co-stars Zazie Beetz (Joker) and LaKeith Stanfield (Sorry to Bother You).

The series opens with a confrontation between local rapper Alfred "Paper Boi" Miles and a man who breaks off the side view mirror of Alfred's parked car. Alfred's cousin Earn tries to mediate the situation

... MORE while stoned sidekick Darius has a sensation of déjà vu. LESS
EPISODE 1.2

Issues like police brutality, mental illness, and transphobia are addressed as Earn awaits bail after the boys get arrested for their shooting incident.

Earn goes on a date with Van even though he's broke; Paper Boi proves he might have what it takes to hustle.

When you go outside the city white people be acting different. That's why I can't even go to Marietta. Too weird.

Justin Bieber, who is depicted as an African-American, makes an appearance in Atlanta at a celebrity basketball game, rubbing Paper Boi the wrong way. Meanwhile, Earn sneaks his way into a high-powered agents meeting after

... MORE being mistaken for someone else, and Darius gets involved in an incident at a shooting range where he is criticized for a questionable choice for target paper. LESS
EPISODE 1.6

Van meets her WAG friend Jayde for dinner and they clash over their respective lifestyles. Later, they smoke weed and reconcile, but Van forgets she is scheduled for a drug test the next day. She

... MORE tries to use her daughter's urine, but spills it and finally admits to her boss that she's smoked, who understands but has to fire her. LESS
EPISODE 1.7

A satirical episode, Paper Boi features as a guest on a talk show called Montague, being part of a discussion on the media's indictment of Black culture and its intersection with trans people. Commercial parodies

... MORE play throughout the episode during the breaks of the talk show. LESS
EPISODE 1.8

An NBA star named Marcus Miles is in the same club as Paper Boi, hogging the drinks, women and limelight, which aggravates Paper Boi. Additionally, their promoter is avoiding paying Earn, who attempts to chase

... MORE him down throughout the night. Eventually, Paper Boi strong-arms him and takes his money. Later, another shooting happens (outside of the club), which the police link to Paper Boi on the news due to his "armed robbery". LESS
EPISODE 1.9

Earn wakes up in another woman's bed and Van comes by to pick him up for a Juneteenth-themed party which she believes will help her establish good networking. The luxury home's owner is a rich

... MORE White man who is shown to know quite a lot about Black culture in an anthropological way and his bourgeois Black wife. To impress the party's attendees, Vanessa and Earnest have to pretend they are a married couple who love fine art. Earn ends up going off on the homeowners when the wife insults Paper Boi and his hip hop management career after he is outed by some valets. On the drive back home, Earn and Van have sex in their car. LESS
EPISODE 1.10

Earn loses his jacket, which has imporant items to him, after a night of partying. The Uber driver, who is a drug and weapons dealer, has it but ends up getting shot by police while

... MORE wearing it. Later, Paper Boi gives Earn a generous 5% pay which he gives to Van. Earn's coworker Justin comes by and returns the important item he desperately needed—a key which unlocks the storage facility space he is living in. LESS
See all