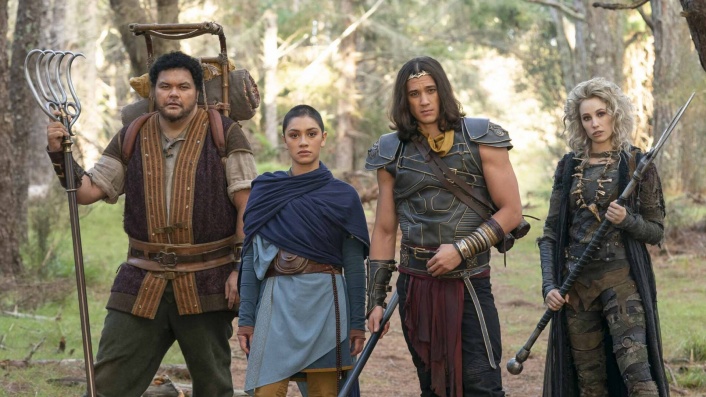 The New Legends of Monkey: Season 2 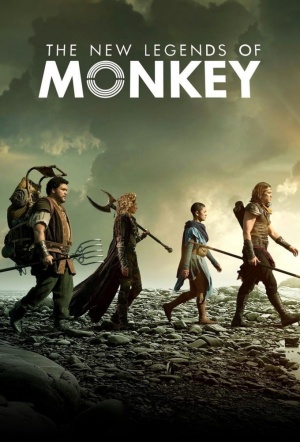 Second season of the family adventure series follows a teenage girl and fallen gods Monkey, Pigsy and Sandy on their mission to collect lost scrolls of wisdom, bring an end to a demonic reign of chaos, and restore balance to their world. Inspired by 1970s/1980s Japanese show Monkey (and its own inspiration, 16th Century Chinese fable “Journey to the West”).

Tripitaka (Luciane Buchanan) is entrusted by her murdered scholar father with a crucial mission - to save the earthly realm, overrun by demons who have enslaved humanity. To do so, Tripitaka frees the Monkey King (Chai Hansen) and travels across a fantastical land alongside Pigsy (Josh Thomson) and Sandy (Emilie Cocquerel), finding lost scrolls, the source of enough power to overthrow the demons.

Graveyard of the Gods 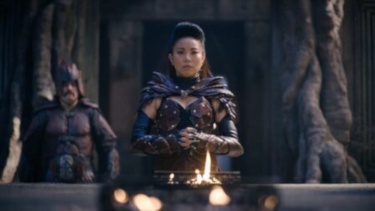 The Monkey King, Tripitaka, Pigsy and Sandy set out in search of the sacred scrolls. Demons learn of Monkey's return and vow to destroy him.

At the Archive of Infinite Scrolls, Monkey and friends must solve — and survive — various riddles to gain access to the Scroll of Knowledge.

A shape-shifting demon uses her powers to assume Sandy's appearance, then kidnaps village children to make Monkey's group seem like the evil ones.

On the path to the Scroll of Creation, the demon Hagfish reveals who's pulling all the strings when he traps Tripitaka in his doll collection.

The Monkey King and crew meet the mysterious Mycelia in a garden that's too good to be true before helping Pigsy avoid a flavorful but deadly fate.

Monkey hatches a plan to retrieve the scrolls from the demon Gorm by posing as a human, while a dispute between demon generals leads to an epic battle.

As the demons head to Lion Heart Rock to fight Monkey, Pigsy must sharpen his skills in the kitchen to impress General Khan as her personal chef.

The scrolls foretold of only one Tripitaka ... but when Monkey and friends reach Lion Heart Rock, they discover that might not be so true.

The rebel army ignores Tripitaka's warning and ends up regretting it while on the battlefield. Hagfish creates a clone whose powers may match Monkey's.

With the rebels scattered and the fate of the sacred scrolls still at stake, Monkey realizes he's his own worst enemy — in more ways than one.