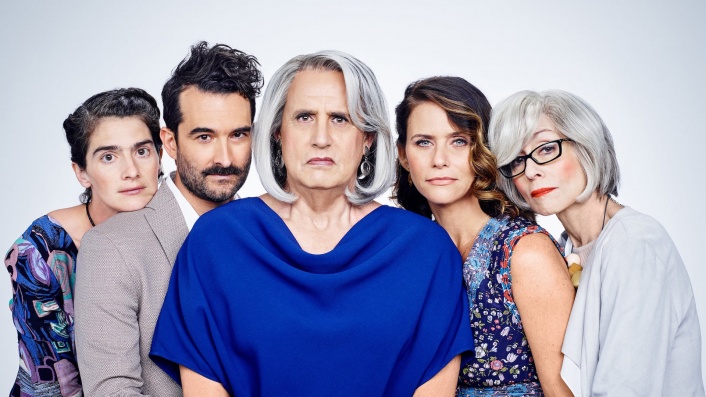 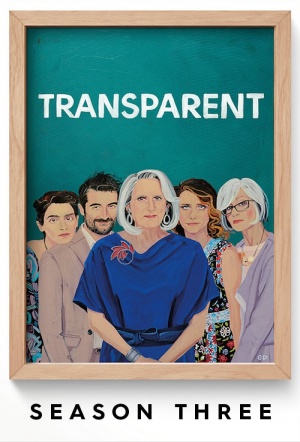 After a jarring reality check, Maura seeks to become the woman she envisions through gender confirmation surgery. All paths converge on a family cruise to Mexico, affirming that though their family history is murky, each Pfefferman is their truest self when they come together.

While working at an LGBT suicide hotline, Maura receives a distressing call from a young trans woman, Elizah. Afraid that Elizah will hurt herself, Maura goes on an odyssey through South Central LA to find the troubled teen and lands herself in the hospital.

When the Battle is Over

After a health scare, Maura confronts death and her relationship to her body. Sarah hopes to join the MidCity Temple board. Shelly plans a onewoman show with Buzzy. Dissatisfied with their lives, Josh and Ali play married couple.

To Sardines and Back

Relationships are tested as the Pfefferman family gather for Maura's birthday. Sarah confronts Buzzy on temple board politics and Maura makes a big announcement, experiencing pushback from both Vicki and Shelly. The night culminates in a game of Sardines, forcing tense situations into tight spaces.

Maura gets an exciting peek at the future with a visit to the plastic surgeon's office but fails to muster the same enthusiasm from Vicki on a fun night out. Josh visits an unusually upbeat Rita while Ali and Leslie struggle with intimacy. Sarah finds distraction from her personal troubles by spearheading an unorthodox approach to Judaism.

The Pfefferman family gathers at Hineni to support Sarah's alternative spiritual endeavor. After the news of a close friend's untimely passing, a distressed Josh leans on Raquel for support. Ali ends the night by witnessing the pitfalls of Leslie's prejudices.

Josh hits the road with an unlikely copilot, stirring up some undeniable chemistry along the way. Back at home, Shelly becomes wary of Buzzy's outlandish spending while Ali sees God during a nitrous induced trip at the dentist's office.

Life Sucks and Then You Die

Josh arrives in Overland Park and delivers difficult news to Colton. Sarah oversteps her boundaries with Raquel, putting the Hineni Seder in danger. A tough conversation with Bryna brings up some big issues between Maura and Vicki.

If I Were a Bell

Boyle Heights, 1958. 12 year old Maura's femininity causes a clash between her mother Rose and her grandparents, Haim and Yetta. Across town, 12 year old Shelly quits the school play and stops eating but won't tell anyone why. Flash forward to 1966, where 21 year olds Mort and Shelly carry on a secret affair.

After reconnecting with Colton, Josh decides to move to Overland Park, until a concerned Ali travels to him, intending to bring him home. Feeling abandoned, Sarah has trouble controlling her rage. Shelly confronts Buzzy about his spending, leading to some unforeseen revelations. Newly single Maura has an exciting, surprising night out.

The Pfeffermans escape their problems on land by taking a cruise together. Though the clan spends most of the cruise apart - venturing on their own journeys of self discovery - they ultimately find themselves coming together at the Seder that almost wasn't.