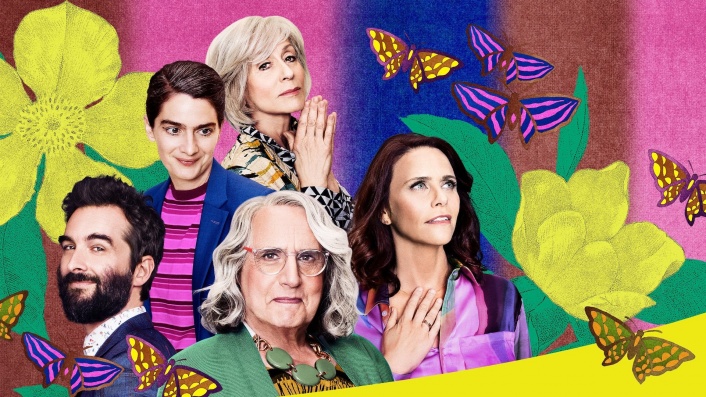 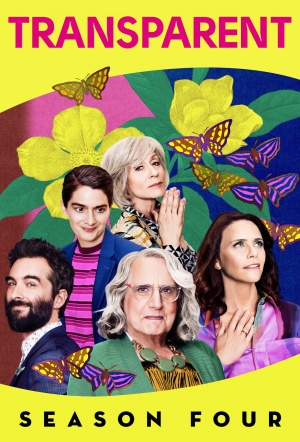 The Pfeffermans take off on a spiritual and political journey as they dig deep into their family's history. Maura heads to Israel to speak at a conference and makes a startling discovery.

An exciting offer draws Maura to Tel Aviv. Hoping for a fresh start, Shelly sells her condo and shacks up with Josh. Grappling with their family's weird intimacy issues, Sarah, Ali, and Josh attend a

... MORE sex and love addicts meeting together. Ali rents out the Pfefferman house and contends with weird AirBnBers.LESS
EPISODE 4.2

Ali is blindsided when Leslie goes public with the details of their relationship. Sarah is ignited by a new connection with her daughter's former teacher, Lila. Josh unexpectedly encounters an ex. Shelly takes up improv.

... MORE Ali joins Maura on her trip to Israel and their journey gets off to a bumpy start.LESS
EPISODE 4.3

Sarah tests a new parenting style and is shocked to discover that it works. Josh reconnects with Dr. Steve as tensions rise at home with Shelly. Drawn in by an intriguing new friend, Ali travels

... MORE to Palestine. Maura makes a life-changing discovery about her family history.LESS
EPISODE 4.4

Maura and Ali uncover new truths about their family. Shelly gets bold in her improv class. Sparks fly between Sarah, Lila, and Len and they set off to hatch a plan. Josh is haunted by

Maura revisits the night that Ali was born. Davina recalls memories of her youth and comes to terms with her troubled relationship with Sal. Davina and Maura each make a deal with God.

I Never Promised You a Promised Land

The family convenes for an unusual vacation and encounters a tribe of long-lost Pfeffermans. Ali pulls away from the rest of the family as her political convictions drive her to challenge the binary.

Sarah and Len divert a family outing to visit Lila's mom, leading to a blowup between the siblings. Ali breaks off from the group to visit her friend Lyfe in Ramallah while the other Pfeffermans

Maura yearns to forge a new relationship but finds the connection strained. Ali is drawn to rejoin her family. Out in the vast desert Josh tries his hand at shooting a gun, leaving Shelly rattled.

They Is on the Way

Back in Los Angeles, Davina's stay at the Pfeffermanhouse is rudely interrupted. The Pfeffermans float in the Dead Sea and Ali rushes to meet them but is waylaid at an Israeli checkpoint.

Feeling compelled to learn more about herself in Israel, Ali stays back as the rest of the family returns to Los Angeles. Sarah, Len, and Lila reevaluate their complicated relationship. Josh confronts his sex and

... MORE love issues head on. Maura and Davis reclaim the Pfefferman house from an unwanted guest.LESS
See all