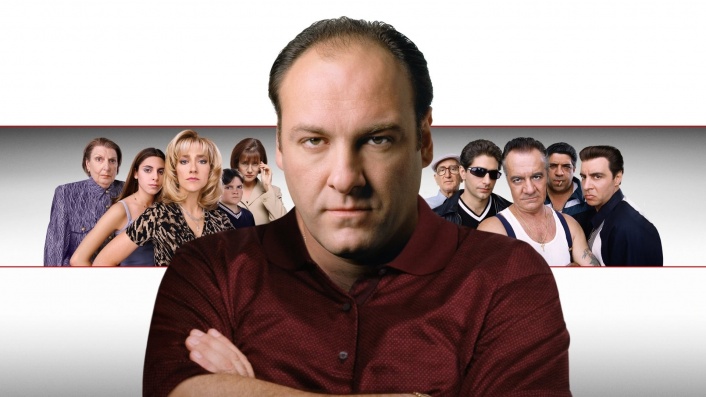 Feeling his handle on his family and business slipping away, mob boss Tony Soprano suffers a series of anxiety attacks that land him in the office of a psychiatrist. Opening up to his shrink, Tony relates the details of his life as a “waste-management consultant,” and tries to come to terms with the professional and private strains that have brought him to the brink of a breakdown.

After suffering a series of mysterious anxiety attacks, New Jersey mob boss Tony Soprano agrees to see a psychiatrist, Dr. Jennifer Melfi. As he opens up to the doctor, Tony reveals details about his problems

... MORE at home and at work that involve his wife Carmela, his kids Meadow and Anthony Jr., his Uncle Junior and his domineering mother Livia.LESS
EPISODE 1.2

With acting boss Jackie Aprile dying of cancer, Tony prepares for a power struggle with Uncle Junior. Christopher and his associate Brendan make trouble for themselves when they jack a truck full of DVD players.

During a trip to Maine for Meadow's college interviews, Tony sees a man he believes is a relocated mob snitch. Back at home, Carmela receives comfort from Father Phil.

At Tony's suggestion, Junior is made acting boss after Jackie dies. In therapy, Tony surprises Dr. Melfi with an admission. Carmela and Irina (Tony's mistress) both suffer as Tony's libido takes a nosedive.

After stealing the 'sacramental wine' from the school chapel, Anthony Jr. is suspended. Tony is concerned that his bad influence is responsible for his son's behavior, and has a series of disturbing flashbacks in which

... MORE he remembers learning that his own father was in the mob.LESS
EPISODE 1.8

The Legend of Tennessee Moltisanti

At the wedding of Larry Boy's daughter, the 'boys' find out they're going to be indicted, and make a premature exit to get rid of incriminating evidence at home. Upset that he isn't getting the

... MORE notoriety of other family members, an agitated Christopher has an ugly encounter with a bakery clerk.LESS
EPISODE 1.9

Uncle Junior enjoys a romantic tryst in Boca with his girlfriend Bobbi, not realizing that she's been gabbing to her beauty-parlor friends about his oral talents. Meanwhile, controversy arises when Meadow's soccer coach announces he's

A Hit Is a Hit

Christopher and Adrianna cut a deal with a famous gangsta rapper who claims that Hesh pocketed royalties belonging to a cousin who recorded several hit songs decades ago. Meanwhile, Tony plays golf with Cusamano and

After Jimmy and Pussy are arrested in an FBI raid, Makazian tells a stunned Tony that Pussy may be wired for the Feds. Tony sends Paulie to find out for sure. Later, Tony learns that

... MORE Makazian might be trying to frame Pussy to get out of his gambling debts.LESS
EPISODE 1.12

Hit men are sent out to whack Tony, who comes out of his depression when he meets Isabella, an Italian exchange student staying next door.

I Dream of Jeannie Cusamano

In the Season One finale, Tony is stunned to discover that the attempt on his life may have been ordered by someone very close to him. Later, he must deal with the fact that everyone

... MORE knows he is seeing a shrink. Christopher is sent to take care of Jimmy Altieri.LESS
See all