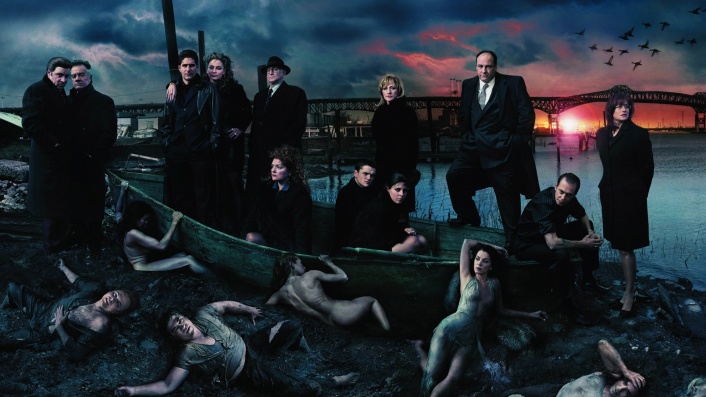 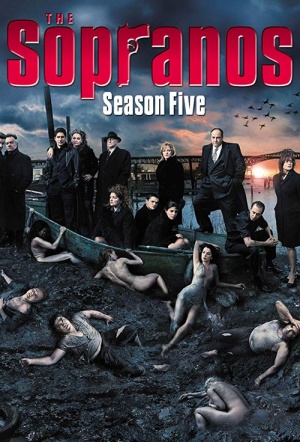 A newly-separated Tony and Carmela negotiate family and money issues. Meanwhile, Tony's reunion with paroled cousin Tony Blundetto may endanger his alliance with Johnny Sack; and Adriana gets in deeper with the Feds.

A flood of organized crime parolees changes the landscape of the Soprano/Lupertazzi alliance. Janice carries on the family's Sunday dinner tradition. Carmela and A.J. commune with local wildlife. Christopher balks at footing the bill on

Tony sizes up a contractor's gift, then reunites with his paroled cousin, Tony Blundetto. Paulie and Christopher relive some not-so-special memories. Carmela launches a film club. Adriana grapples with her guilt. A familiar figure 'crosses

Tony's power-sharing plan doesn't fly with Johnny Sack, who makes his point through a bookie named Lorraine Calluzzo. Out on parole, Feech La Manna crosses Paulie in his attempt to break into the landscaping business.

... MORE Tony gets a roommate. Junior looks into the past while testing the patience of those closest to him.LESS
EPISODE 5.4

Carmela and Tony reunite, if only to discuss Anthony Jr.'s dwindling college prospects. Feech takes Tony's crew on a trip down memory lane. Lorraine's allegiances get her into hot water. A.J. has a night to

Irregular Around the Margins

While Christopher is away, Tony gives Adriana a ride home that proves disastrous. Meanwhile, the Soprano crew plays a game of 'telephone' with the story that turns it into something far more sinister when an

With her son's future at stake, Carmela puts in some extra time with his college advisor, Robert Wegler. Meanwhile, Tony Blundetto realizes it's hard doing business with strangers, and A.J. concludes there's no place like

His father's longtime goomar sheds light on some of Tony's lingering emotional and financial mysteries. Meanwhile, Junior sees the upside of attending the funerals of fringe relations, while Christopher sees the downside of enabling an

Friends and family gather at the Sopranos' for a not-so-surprise 75th birthday party for Carmela's father, Hugh. Meanwhile, Johnny Sack shows off his new wheels, Phil Leotardo pulls into Pussy's old place for some auto

... MORE repairs, and Tony B. considers accepting a familiar job on the side.LESS
EPISODE 5.9

... MORE guilt to a past job. Carmela learns that good legal help is hard to find.LESS
EPISODE 5.10

Tony B. and Christopher unearth some old memories during an otherwise idyllic trip to the country. Tony and Carmela plan another party. Janice lands in anger-management therapy after a sports-rage incident. Benny and Terry solve

Tony escapes to the Plaza Hotel for a night of rest and relaxation, but his dreams are haunted by past faces. Another casualty falls in the war between Johnny Sack and Little Carmine, and Tony

With the feds pulling a new trump card, Adriana ponders her options. Tony B. unloads some heavy baggage on Tony, and vice-versa. Johnny Sack makes Tony an offer he can refuse, and Tony offers Carmela

In the Season Five finale, Tony's crew circles the wagons as Johnny Sack turns up the heat. Carmela counts her blessings. Christopher is freaked out by an unexpected visitor. Benny's connection to the plumber's union

... MORE comes in handy. A.J. demonstrates his business acumen. Tony ponders whether to execute a 'sacrifice bunt.'LESS
See all