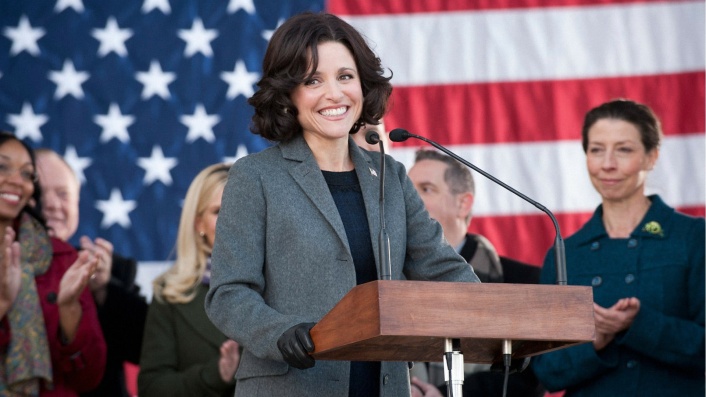 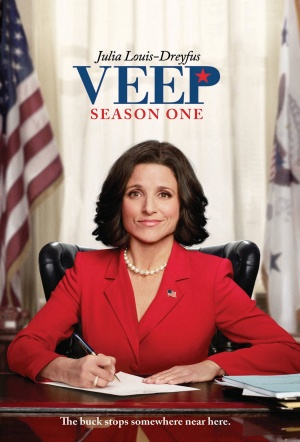 A look into American politics, revolving around former Senator Selina Meyer who finds being Vice President of the United States is nothing like she expected and everything everyone ever warned her about. 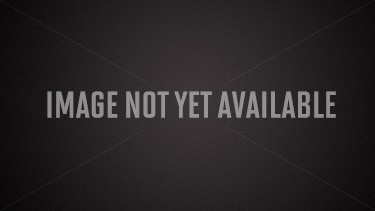 ... MORE Clean Jobs Commission a pet project, but a series of missteps requires her staff to work damage control.LESS
EPISODE 1.2

After getting good news on a clean-jobs bill, the staff brainstorm for a photo-op idea, but the trip to a local frozen-yoghurt shop is delayed by a stop in the White House Situation Room and

Selina celebrates 20 years in Washington, D.C., but tries to keep a low profile after a newspaper article paints her as a diva and rumors float about her feud with the first lady. Meanwhile, Selina’s

... MORE college-age daughter arrives for a visit, and is surprised that her mother is looking for a dog but appalled by her reaction to “Selina” being on the list of names for hurricanes.LESS
EPISODE 1.4

Dan and Amy try to figure out if an Asian-American war hero-cum-governor could be a political threat to Selina. Meanwhile, Selina and Mike prep for her "Meet the Press" interview; and Gary and Amy make

Bloggers' nicknames for Selina become her next obsession; Dan goes on a fact-finding mission after his boss is snubbed by the president; it's make-or-break time for the clean-jobs bill.

Selina attends a healthy eating event at Camden Yards with some very grumpy fast-food executives, where she also confides a secret to Amy. Mike holds a press briefing for some local news pals, save for

The vice president's office takes some heat over a pregnancy rumor and the firing of a Secret Service agent, so Selina establishes some new ground rules about internal correspondence. Meanwhile, Dan tries to cover his

... MORE boss' tracks on the clean-jobs bill; and a staffer's job may be in jeopardy.LESS
EPISODE 1.8

In the Season 1 finale, an Ohio gubernatorial candidate balks at Selina's endorsement due to her current unpopularity, but Mike and Amy try to make the best of the vice president's emotions during their meeting.

... MORE Meanwhile, Dan can't shake the clean-jobs bill debacle, especially when it could be the subject of a Congressional hearing.LESS
See all