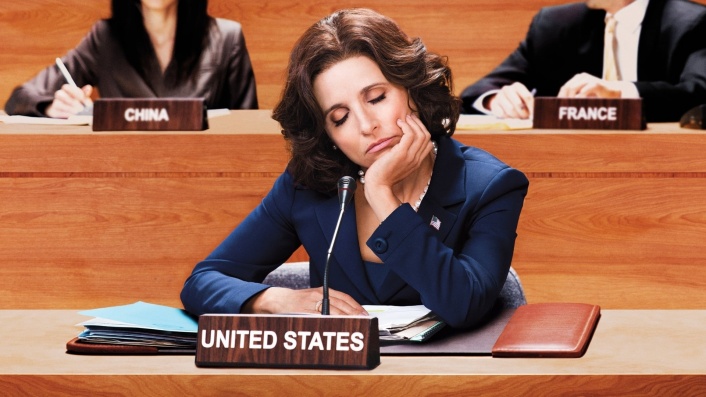 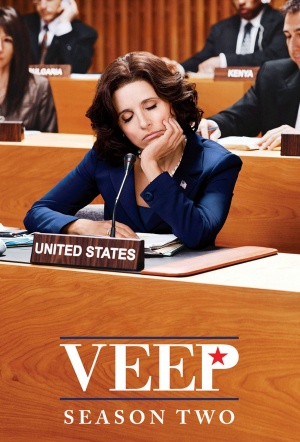 Selina tries to parlay slightly above average popularity polls into increased influence with the president and his new senior strategist Kent Davison. But even the most banal decision made by Selina and her staff can have the most unexpected and far-reaching consequences.

Fresh off successful campaign appearances for midterm elections, Selina sees an opportunity to expand her role, but must first curry favor with Kent Davison, the president's icy senior strategist. Meanwhile, there are new developments in

Selina attends a pig roast in North Carolina as part of the president's "Listen to Rural America" initiative. Dan takes up Pilates to get face time.

As a hostage crisis in Uzbekistan heats up, Selina and Secretary of Defense General Maddox have trouble getting on the same page at their joint appearance at the Marine Corps Base at Quantico. Sue testifies

... MORE at a congressional hearing on governmental efficiencies; Dan and Gary jockey for the Veep's ear.LESS
EPISODE 2.4

Selina is rankled when the White House releases an unflattering photo of her. Mike and Kent bond over sailing; Jonah gets an executive parking space; Sue has a job interview. Selina takes steps to keep

... MORE her staff happy as they prepare for her appearance at the Vic Allen dinner.LESS
EPISODE 2.5

Selina and her staff head to Helsinki to finalize a trade agreement, but are worried whether Selina will be received warmly in Europe. Dan call Mike for advice on charming the press and Mike leans

... MORE on Jonah for help. Ken and Ben argue over how to deal with new intel.LESS
EPISODE 2.6

Catherine's 21st birthday party becomes a forum for Selina's budget negotiation with the majority leader, but Amy and Gary are more worried how Selina will handle seeing her ex-husband. Meanwhile, Mike discusses Selina's role in

... MORE the Uzbek hostage crisis with the press.LESS
EPISODE 2.7

With D.C. in the midst of a government shutdown, Selina is forced to furlough some of her staff. A damaging story leaks about Selina’s ex-husband, Andrew; Danny Chung takes advantage of the shutdown; Gary Jonah

... MORE go on a run to retrieve Selina’s trash.LESS
EPISODE 2.8

After being prepped for a “puff piece” interview at the VP residence, Selina is thrown by Janet Ryland’s “gotcha” questions.

Despite being told to limit public appearances, Selina continues her plans; Dan tries to play both sides of a rivalry.

Selina and her staff try to cope when the administration goes into full crisis mode.